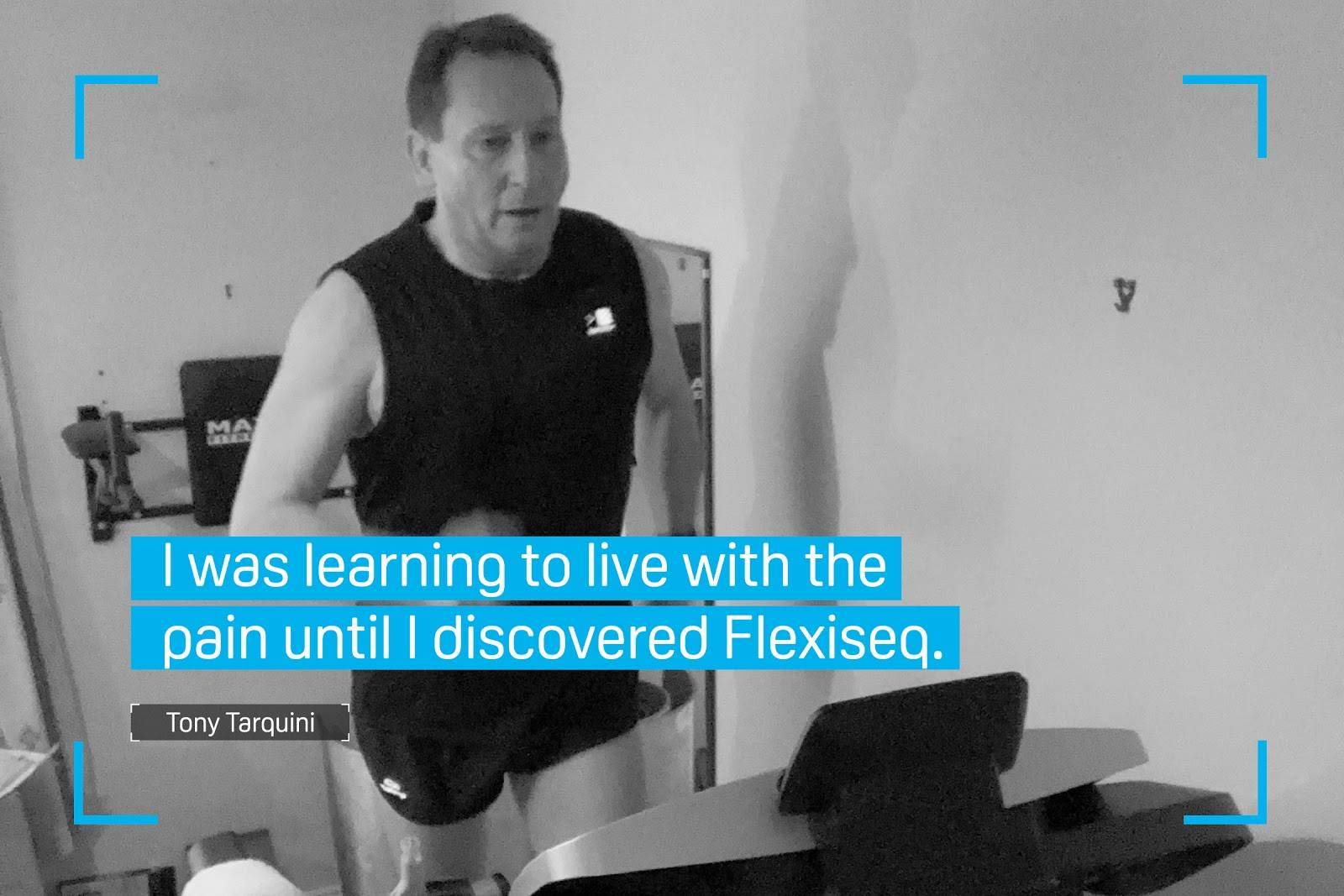 Tony Tarquini, a 62-year-old software executive, could run before he could walk, according to his mother. But after knee surgery, his doctor advised him that if he wanted to stay mobile Tony would have to give up his beloved running.

However, a new training program and a little help from Flexiseq is helping him get back on track.

Here is his story...

I was a 400-metre hurdler for 16 years. Ten years of that was spent at international level. At age 17, I was the youngest guy in the Scottish athletics team. While I never made it to a major games, I competed against the finest athletes in the world.

After retiring from athletics at 28, I went onto doing half marathons and 10ks, just to keep fit. I work for a large American software company, so I spend a lot of time on aeroplanes, which sounds terribly glamorous but it’s not.

Running is cathartic for me. When you’ve got a high-pressure business life it’s good to get out, get the fresh air and see off the stress. My way of doing that was running, which I continued to do from when I was 28 until last summer.

Having developed problems with my knees, I had incurred two Arthroscopies and finally an Osteotomy, which is quite radical knee surgery. My problem was that all the pressure was going on two parts of my knee joints and the cartilage had basically worn away. The outside of the joints were perfectly okay, so the surgery was aligning the knee joints so the pressure was on the good cartilage.

I’m very cynical about marketing claims generally, but Flexiseq absolutely works for me. The only way you’re going to know whether it works for you or not is by trying it.

It worked on my right knee, but I started to get pain in my left knee to the point where my surgeon said, ”Look, if you want to continue walking, I would suggest you give up running”

It was like a bereavement. I’ve been running since I was a child. My mother said I used to run from one room to the other in the house. I would never walk. I was physically incapable of walking. So when you can’t do it anymore, it’s a real problem.

I was in constant pain. It was low-level, but it was always there. And if I did anything, like if I went for a walk on the weekend, the low-level pain would be there all through the walk, but when I got home it would throb badly.

I was learning to live with the pain until I discovered Flexiseq. I saw online that a former colleague of mine, George Watson, had tried Flexiseq. We actually reconnected as a result of Flexiseq as I got in touch to see how it had worked for him.

I’ll be honest, I thought it was a load of rubbish, but I decided to try it and see if it worked. I thought, ‘if it’s good enough for George…’. So I bought a tube, put it on and it started to work pretty much straight away.

I’ve been working with a physical training instructor who analysed my running style and said my knees go in when I run. I’ve got very powerful quads but I’ve got quite weak glutes in comparison, so the ratio of strength is out of kilter. By strengthening my glutes, my running style will be more in a straight line and the pressure will be allocated across the knees. That’s what we’ve been working on for the last 2/3 months and it’s helping. I’m pretty much pain-free at the moment.

I had stopped running completely. The most I would do is run across the road if a car was coming. Now I’m able to get on a treadmill for 10/15 minutes and I don’t have any problems. I’m very cynical about marketing claims generally, but Flexiseq absolutely works for me. The only way you’re going to know whether it works for you or not is by trying it. 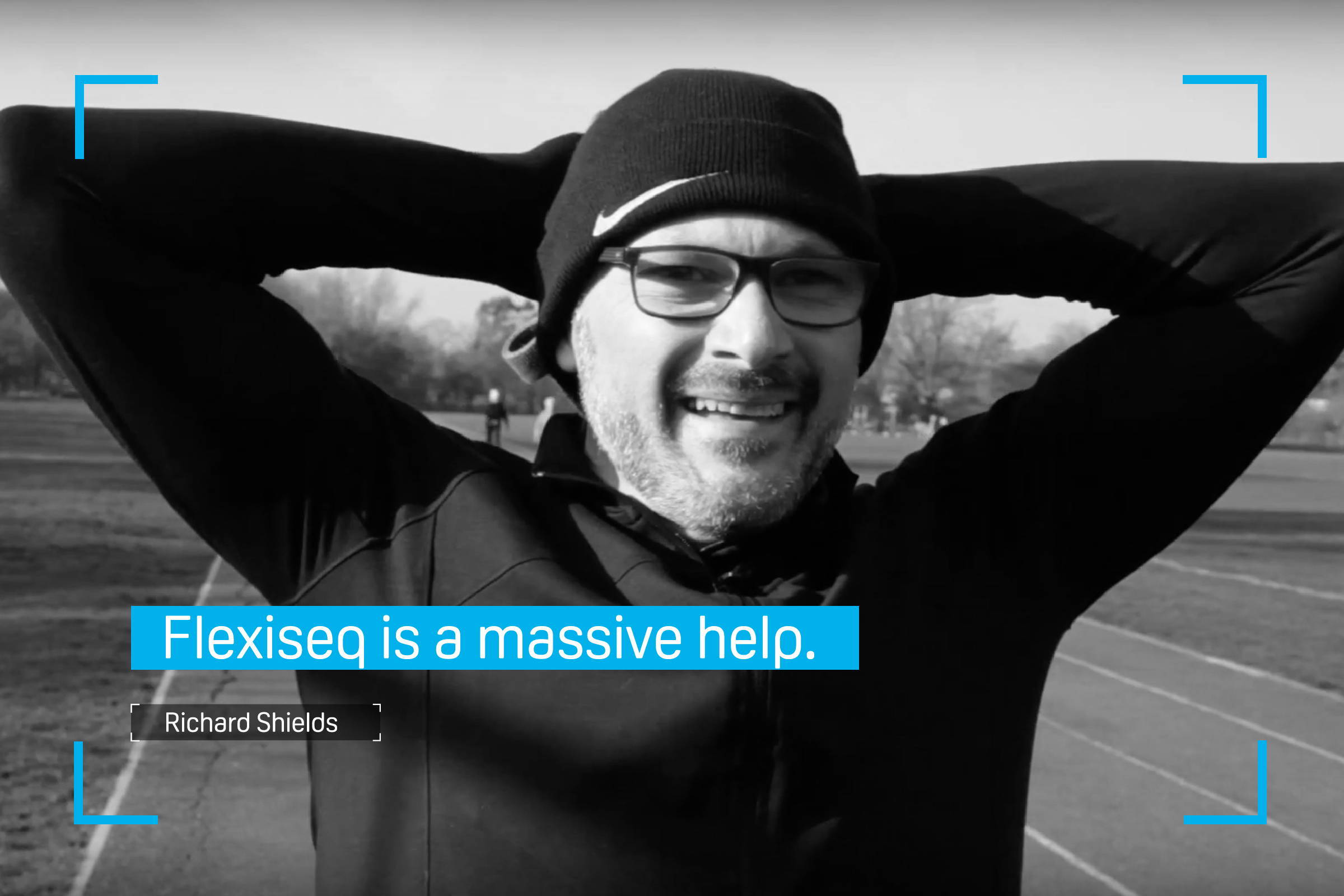 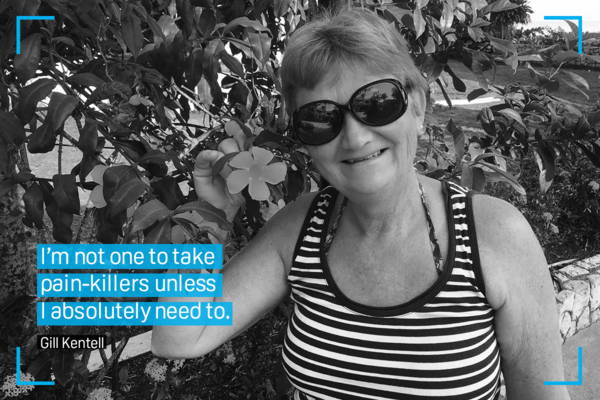 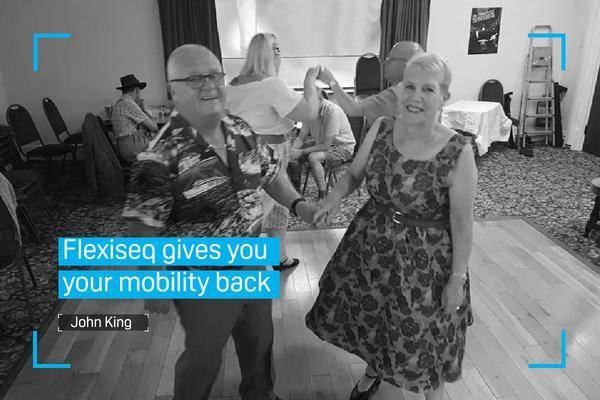 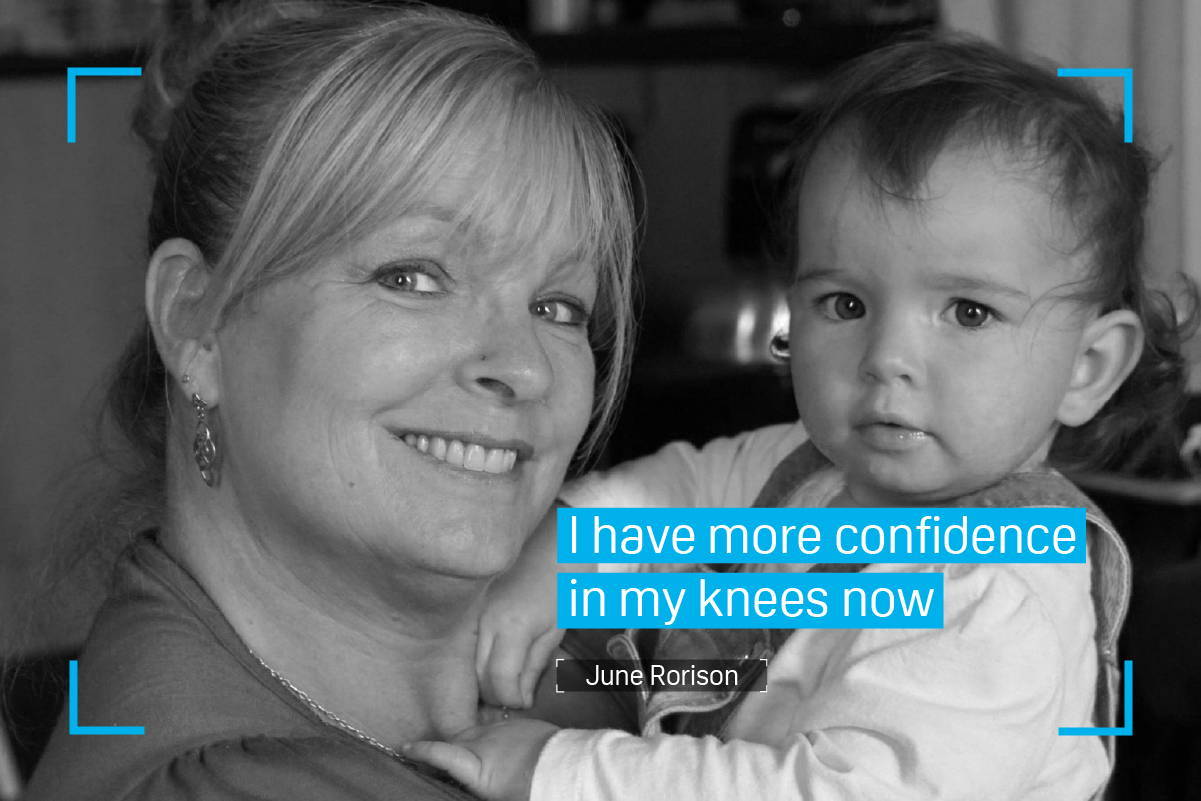