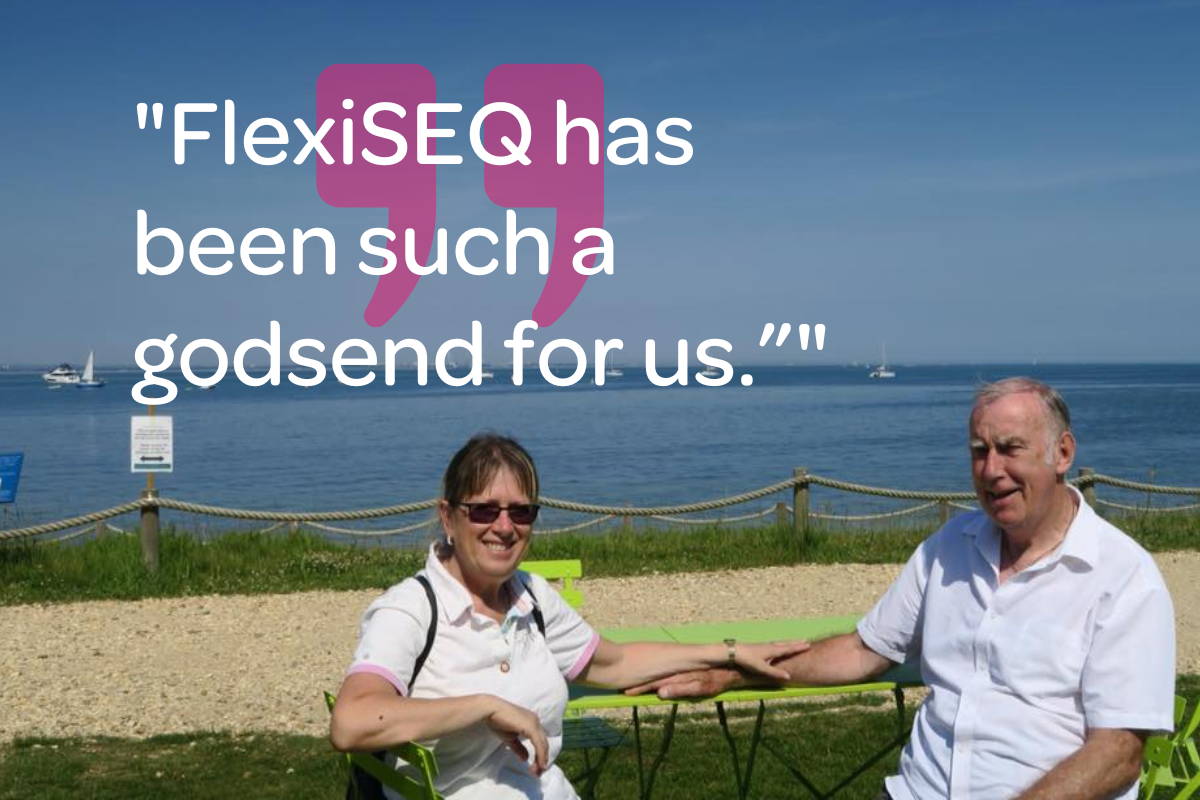 Sue and Roger crew both spent their careers working in the prison service. But just before lockdown in 2020, Roger’s life was turned upside down by a heart attack.

After recovering he decided to get moving more. Sue was determined to keep up, and they both discovered that being active can be hugely rewarding.

This is Sue and Roger’s story…

Roger spent his career first as a prison guard and then as a prison governor, while Sue headed up education and training in the prison system.

Sue is in her late 60s and Roger in his mid-70s, and they are both now enjoying their retirement. “We’ve never been that active but enjoyed more sedentary activities,” says Sue. “For a long time we did fishkeeping, but as we’ve grown older we’ve actually become more active.”

This might seem strange but there is a good reason for it. “Just before lockdown I suffered a heart attack and actually went into cardiac arrest three times,” says Roger. “It certainly put things into perspective for me.”

“Before the heart attack Roger wasn’t that active,” says Sue, “but part of his rehab was to change that. Now he attends weekly Heart Club, which is a form of exercise group.”

As Roger became more active Sue was feeling a little left behind: “Suddenly there was Roger marching about the house and going for walks and I realised I was quite lazy by comparison. As a child we lived two and a half miles from the nearest bus stop so walking was something I knew all too well in my youth. So during the lockdown we started to go out on walks together.”

“Anything with Ibuprofen in it brings us both out in a rash so we went looking for an alternative. We were recommended FlexiSEQ by someone in Lloyds Pharmacy."

It wasn’t so much that Sue and Roger chose to be more active but rather that their lives naturally gravitated towards it. But their new, healthier way of life soon came under threat as they both developed different types of joint pain.

“I’ve got some degenerative discs in my back which were causing me a great deal of pain,” says Roger. For Sue, joint pain came in a different way: “I started getting this awful pain in my big toes which made moving about much harder than it needed to be.”

To make matters worse both Sue and Roger are allergic to ibuprofen. “Anything with Ibuprofen in it brings us both out in a rash so we went looking for an alternative,” says Sue. “We were recommended FlexiSEQ by someone in Lloyds Pharmacy and it’s been such a huge help to us both. To begin with we bought it for Roger’s back pain but I soon piggybacked off that and tried it myself.”

Sue and Roger tell us they never stop recommending FlexiSEQ to people. “We must have recommended it to 25 to 30 people by this point,” says Sue. “FlexiSEQ has been such a godsend for us and really allowed us to keep moving.”

“I think FlexiSEQ has really helped in my recovery from my heart attack,” says Roger. “It’s allowed me to keep moving and take part in my classes. I’m quite proud of how I’ve managed to keep up with it - some of the exercises we do are quite strenuous!”