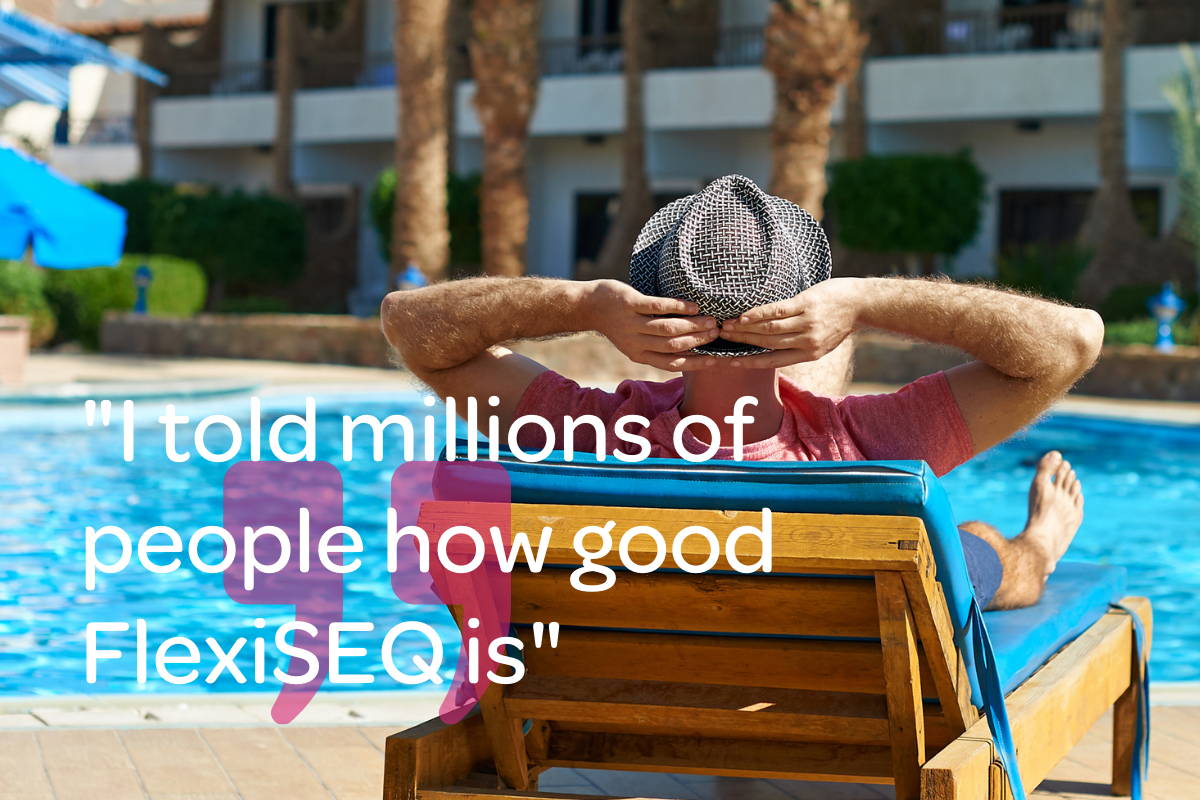 Peter Buckley led an incredibly active life as a postman, while playing and coaching football in his free time.

While on holiday a few years ago, Peter noticed a bit of joint pain creeping in that gradually increased over time until even the most basic day-to-day tasks were causing him pain. That is, until he found something to take the edge off.

This is Peter’s story….

I’m 72 years old and was a postman for 49 years. During that time I worked both indoors and outdoors; the former involved posting letters door to door, whereas the latter meant working indoors in a sorting office.

Being an outdoor postman you’re on your feet all day carrying heavy parcels, and it puts a lot of strain on your body over the years. The thing that really did my knees in on the job was jumping in and out of the van.

“I didn’t even know FlexiSEQ was drug-free to be honest. I tried it, it works, that’s all that matters to me."

Outside of work I was always quite active; I played football, swam and ran a children’s football team until I was 60. That involved a lot of running around and keeping up with the kids - I can’t imagine all that helped with my joints!

These days I’m too old and my knees won’t let me run.

I first noticed my joint pain in my knees when I was on holiday one year. I was doing a lot of walking on one of the Greek islands and I would get back to the hotel at night and feel an ache in my knee. At the time I thought, “that doesn’t feel good”, then over time it got worse and worse and worse.

At first I had cortisone injections, but I’m not a huge fan of them, not least because I’ve been told they stop working if you have them too regularly. So you get to the point where you think, well they help but if I keep having them and they stop working, what’s the point?

Getting in and out of the bath or coming down the stairs started to cause me a lot of pain. It’s shocking pain; you’re putting all your weight on one knee at a time and you just don’t have faith in the joints to support you. I tend to get into the bath by putting my worst knee in first and then all the weight has to go on that knee to get the other leg in. It’s a no-win situation.

You don’t really appreciate just how much your joints support you in everyday life until they’re causing you a lot of pain. It takes its toll on you and becomes increasingly frustrating. Just something as little as bending down to pick something up, it can cause huge pain in my knees. Once I’m down my knees won’t support me to get back up, so I have to pull myself back up.

I first heard about FlexiSEQ on holiday in 2019. I was on the Greek Island of Lefkada for my 70th Birthday. There was a lady who used to sit next to us by the pool everyday, and every morning I noticed she was putting this stuff on her knees so I asked her what it was. She said, “it’s called FlexiSEQ, it’s absolutely wonderful”. She’d had one knee replacement and was told to get the other knee done. But she’d started using FlexiSEQ and decided against having the other knee operated on. She told me all about it, how you just put a bit on and let it dry. So I sent my wife a picture of the box and asked her to get me some. FlexiSEQ works like a dream, especially at night when I’m in bed. Before FlexiSEQ the pain in my knee used to keep me awake, now, since using FlexiSEQ I don’t get any pain in the night.

I ran out about 3 months ago and was going without it for a while. The pain came back so a friend recommended I try an ibuprofen gel as I could get it on prescription. So I got it on prescription and it didn’t do anything. I’m convinced it only works for people as a placebo, so I’m sticking with my FlexiSEQ.

I didn’t even know FlexiSEQ was drug-free to be honest. I tried it, it works, that’s all that matters to me. It hasn’t taken away all the pain, but I can go up and down the stairs without feeling the pain and that makes all the difference in the world. When you get to 72 you’re up and down those stairs a lot more than you used to be!

I’ve told millions of people how good FlexiSEQ is; anyone who mentions they’ve got joint pain - and at our age it’s quite common - I tell them all about it.