Kath Quinn - Practice What You Preach – Flexiseq Skip to content

Kath Quinn - Practice What You Preach 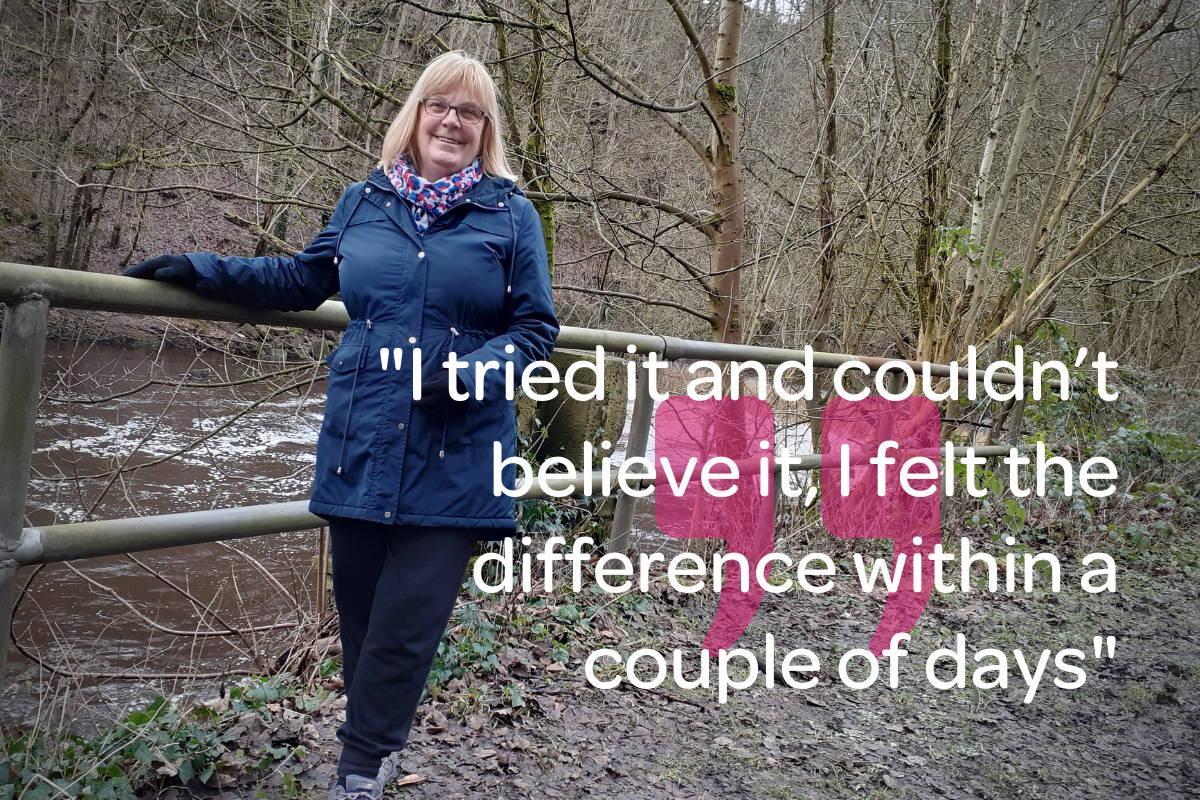 Kath Quinn recently took early retirement having spent her career working for Boots. As you might expect, Kath knows a thing or two about matching over the counter products with common ailments.

When she discovered she had arthritis in her big toe there was only one place she was going to turn.

This is Kath’s story….

I worked for Boots for over 40 years and spent 20 of that working on the chemist and healthcare counter. I was a vitamin advisor and then I was made the healthcare consultant so I know all about over the counter medication. If a customer came into Boots and told me a specific problem they had, I was there to help advise them on the most appropriate solution.

I’m quite an active person and have always enjoyed walking. I’ve been keeping fit with my granddaughter who I’m helping home-school at the moment. We’ve been jumping around the living room with Joe Wicks. It’s important to stay active, it’s good for your physical and mental health.

In my job, I was on my feet all day so I suppose it was only natural that some of my joints might have taken a little more wear and tear than others. I thought I had gout in my big toe but when I went to the doctor and he told me, “no, it’s arthritis.”

“When I was told I had arthritis I thought, “Well this is great, I finally get to try the FlexiSEQ I’ve been selling to everyone else.” I much prefer to be able to give first hand experience.."

When FlexiSEQ first came out I saw other retailers were selling it before Boots. I was in Hyde one day and passed an arthritis charity shop. In the window I saw a big display about FlexiSEQ. Working in health I was interested to know more so at work I asked about it. It turned out my colleagues weren’t up to speed so I did a bit of googling to find out more.

I was really interested by the fact it was new and drug-free. I thought Boots might be interested. The next thing I know, customers started coming in and for it and I had to tell them we didn’t sell it. I thought to myself, ‘Well this is a loss of sales for Boots’. I spoke to the store manager about it, she was interested and told me to leave it with her. Soon enough, we took a delivery and it was selling and selling and selling. Because it was a new product I was asking whoever bought some to come back and tell me how they found it. The feedback was always positive, people loved it.

It’s great that it’s drug-free, which means there are no interactions with any other medication people might be taking. More and more customers were coming in telling me about how great it was. I remember one person telling me they were struggling to move their fingers but after using FlexiSEQ they couldn’t believe how much it had helped. Then I had people with knee pains, back pains. I couldn’t believe it, this FlexiSEQ is a wonder-cream.

When I was told I had arthritis I thought, “Well this is great, I finally get to try the FlexiSEQ I’ve been selling to everyone else.” I much prefer to be able to give first hand experience. So I tried it and I couldn’t believe it, I felt the difference within a couple of days. That’s why when I saw it on Facebook I wanted to tell people my great experience.

I’ve heard so many stories over the years of people in so much pain, all the time, until they started using FlexiSEQ. If it works then what price do you put on living without pain? It’s worth a few quid.

I tell friends about it all the time. They tend to come to me because of my background in Boots and the first question I always ask is “what medication are you on?” I’ve told loads of people about FlexiSEQ because it works and it’s drug-free which is hugely reassuring to people.