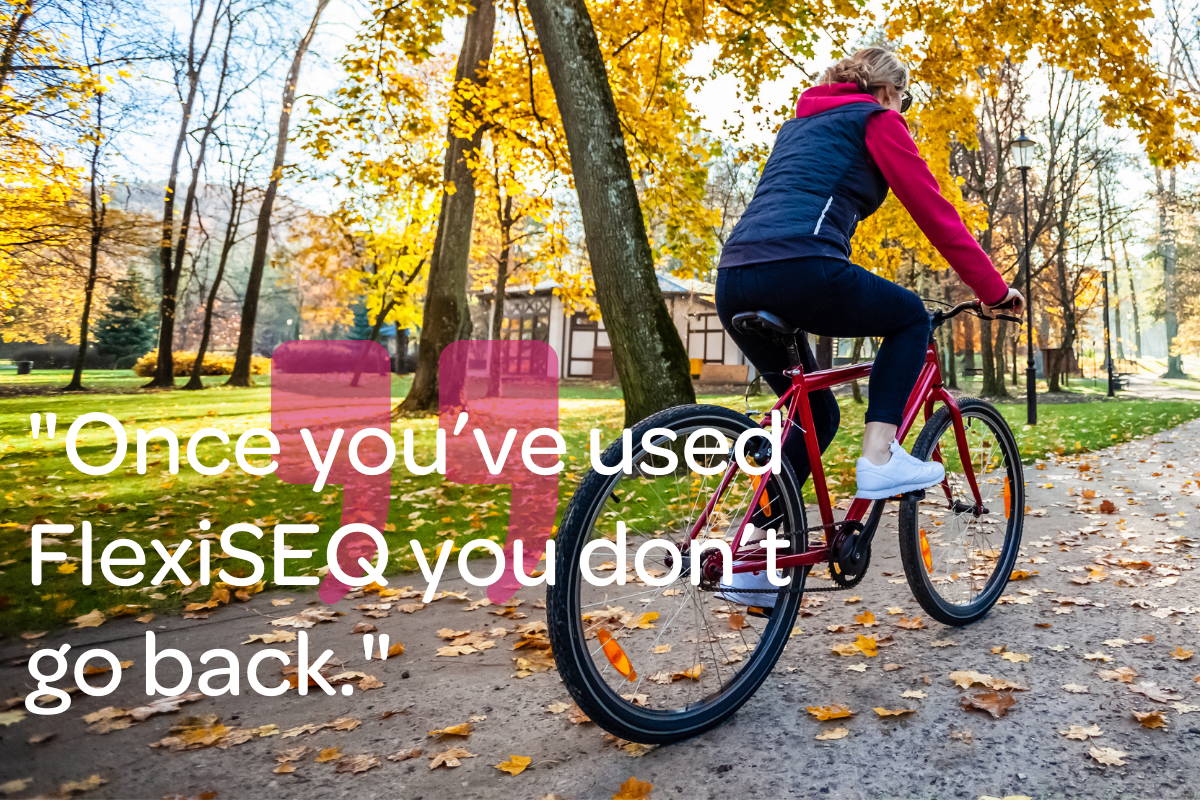 Having always lived an active life Bev Whitby was concerned when - at only 50 years old - joint pain began to creep in.

Refusing to give in, she found something at the back of the medicine cabinet that has helped her keep moving.

This is Bev’s story.

I used to do a lot of cycling, a bit of horse riding, a bit of running. I love to walk a lot and even now try to cycle to work and back when I can. I still think I’m 25.

About 18 years ago I ran downstairs carrying the hoover and I slipped and fell. Fortunately, the vacuum stopped me falling forwards, but it did bring me down with a bump - otherwise I would have gone straight through the glass front door. In many ways I was lucky.

That caused me to have back and hip problems. I was in my late 30s so I just thought, “I’ll carry on.” But I did get X-rayed and they found the bottom of my spine was missing a disc. They assumed it had been there since birth.

In 2017 I started walking a friend's dog, and it was a big dog with no manners. My hip started hurting which I assumed was due to the strain of walking this big, powerful dog. Around the same time I got fed up with the various deskbound jobs I was doing and got a job at a shop down the road which was great. But it was standing behind a till all day and my knees started hurting. I thought at the time, between my hip and my knees, “I’m only just 50 and I’m falling to bits”.

I went online to find something that could help with joint pain. I just googled drug-free joint pain relief and up popped FlexiSEQ. I thought, “well that’s better than putting ibuprofen gel on your knees all day.” I bought a tube and intended to put it on my knees. I used it a couple of times and it certainly seemed to be helping. Unfortunately, my father was taken ill so I had to quit my job due to the hours I was working and needing to be there for him.

As a result of not being at work for a while and not being on my feet, my knees got a bit better and I forgot about the FlexiSEQ.

At the end of 2021, I would be sitting around at home crafting, doing things like knitting and crocheting and my elbows started to really hurt as a result. So I rummaged through the medicine cabinet and found my FlexiSEQ tube. I thought I’d give it a go on my elbows and why not try my hips as well, which were still causing me pain.

I started putting it on my lower-back and then I remembered my fall. I soon realised that the source of the pain was my lower back, and if I put the FlexiSEQ there it greatly reduces the pain.

Since I’ve been using it I’ve been able to get back to doing some of the things I wasn’t able to before. I’ve got quite big lawns at home and I’ve started to mow them again - that’s how much better I feel. FlexiSEQ is working and allowing me to have more movement than I have in the past four years.

What FlexiSEQ has done is taken that tightness in the joints away, making the joints feel more lubricated. Yesterday I was able to mow the lawns, take the dog for a walk, do a supermarket shop and while at the end of the day I was a bit achy, I wasn’t actually in pain. That’s a huge improvement from where I was a few months ago.

When you’re in pain everything feels that much harder. I like to cycle to and from work and when I was in pain I was struggling to get on and off the bike. I was having to lower the bike. Now I can just get on and go, FlexiSEQ’s made life a lot easier.

Once you’ve used FlexiSEQ you don’t go back. And because it’s drug-free you’ve got nothing to lose by giving it a go.